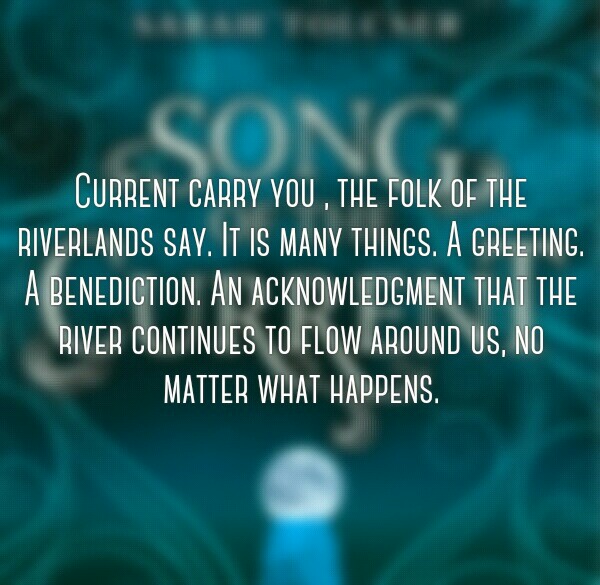 Caroline Oresteia has always been destined for the river. Her father is a wherryman, as was her grandmother. All Caro needs is for the river god to whisper her name, and her fate is sealed. But at seventeen, Caro may be too late.

So when pirates burn ships and her father is arrested, Caro volunteers to transport a dangerous cargo in exchange for his release. Secretly, Caro hopes that by piloting her own wherry, the river god will finally speak her name.

But when the cargo becomes more than Caro expected, she finds herself caught in a web of politics and lies. With much more than her father’s life at stake, Caro must choose between the future she knows, and the one she never could have imagined.

Conclusion: Song of the Current is a book that relies more on setting and worldbuilding than anything else. The events, though, were not the most impressive they could be. I wish it had me get more attached to the characters.

The ending fell short of what I expected, and the romance felt predictable.

To me the best part about it was the river and water-centered setting, the strong depiction of the love of a sailor to their ship. I’m not sure about reading the second book though.